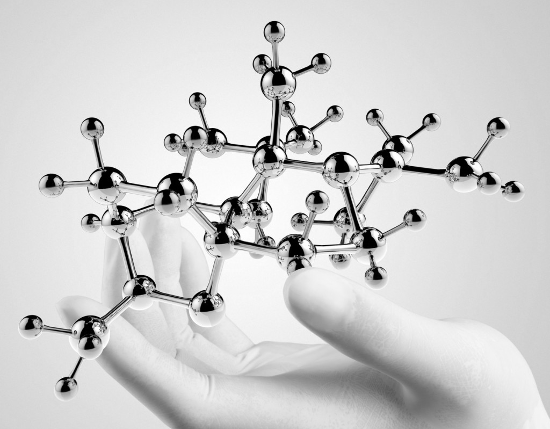 What is Peptide Synthesis?

Characterized by the formation of a peptide bond between two amino acids, peptide synthesis is, essentially, the production of peptides. Though peptide synthesis was somewhat hampered by relatively inefficient production practices at its inception, advancements in chemistry and technology have led to vastly improved synthesis methods. With the strong growth of the field of peptide science, it is clear that synthetic peptides will continue to play vital roles in areas of scientific and medical progress in the modern age.

How Peptides are Synthesized?

Peptides are synthesized by linking two amino acids together. This is most often accomplished by attaching the C-terminus, or carboxyl group, of one amino acid to the N-terminus, or amino group, of another. Unlike protein biosynthesis, which involves N-terminus to C-terminus linkage, peptide synthesis occurs in this C-to-N fashion. While there are twenty amino acids that occur commonly in the natural world (such as arginine, lysine, and glutamine), many other amino acids have also been synthesized. This allows for abundant possibilities in the creation of new peptides. However, amino acids have numerous reactive groups that can negatively interact during the synthesis process, leading to unwanted truncating or branching of the peptide chain or causing suboptimal purity or yield. As a result, peptide synthesis is a complex process that must be expertly carried out.

In order to ensure the desired outcome from the synthesis process and avoid extraneous, unwelcome reactions, certain amino acid reactive groups must be deactivated, or protected, from reacting. Thus, scientists have engineered special chemical groups designed to do just that. Called “protecting groups,” they can be separated into three categories:

The original approach to peptide synthesis was through a process known as solution phase synthesis (SPS). While SPS does have some merit today, notably in large-scale peptide production, it has largely been supplanted by solid-phase peptide synthesis, or SPPS. This is because SPPS offers several advantages, including high yield, purity, and speed of production.

1. Attaching an amino acid to the polymer
2. Protection (to prevent unwanted reactions)
3. Coupling
4. Deprotection (to allow the attached acid to react to the next amino acid to be added on)
5. Polymer removal (resulting in a free peptide)

While peptide synthesis processes like SPPS offer excellent purity and yield standards, impurities and imperfections can still occur along the way. This likelihood increases with the length of the peptide sequence, as more steps are needed to complete synthesis. Therefore, certain purification techniques are utilized in order to ensure optimal quality. Among these are reverse-phase chromatography (RPC) and high-performance liquid chromatography (HPLC). Capitalizing on peptides’ physiochemical properties, these purification methods are able to separate impurities from the desired peptide. RPC is the most widely used peptide purification method today.

The Value of Synthetic Peptides

Peptides have proven to be critical elements of biomedical research, and peptide synthesis continues to fuel scientific progress worldwide. The therapeutic potential of peptides has drawn the attention of various pharmaceutical companies, and several drugs made from peptides have received FDA approval and reached the market. The efficacy, specificity, and low toxicity of peptides assures us that peptides will continue to be pursued and developed for pharmaceutical and diagnostic purposes and will remain a growing area of biochemical research.