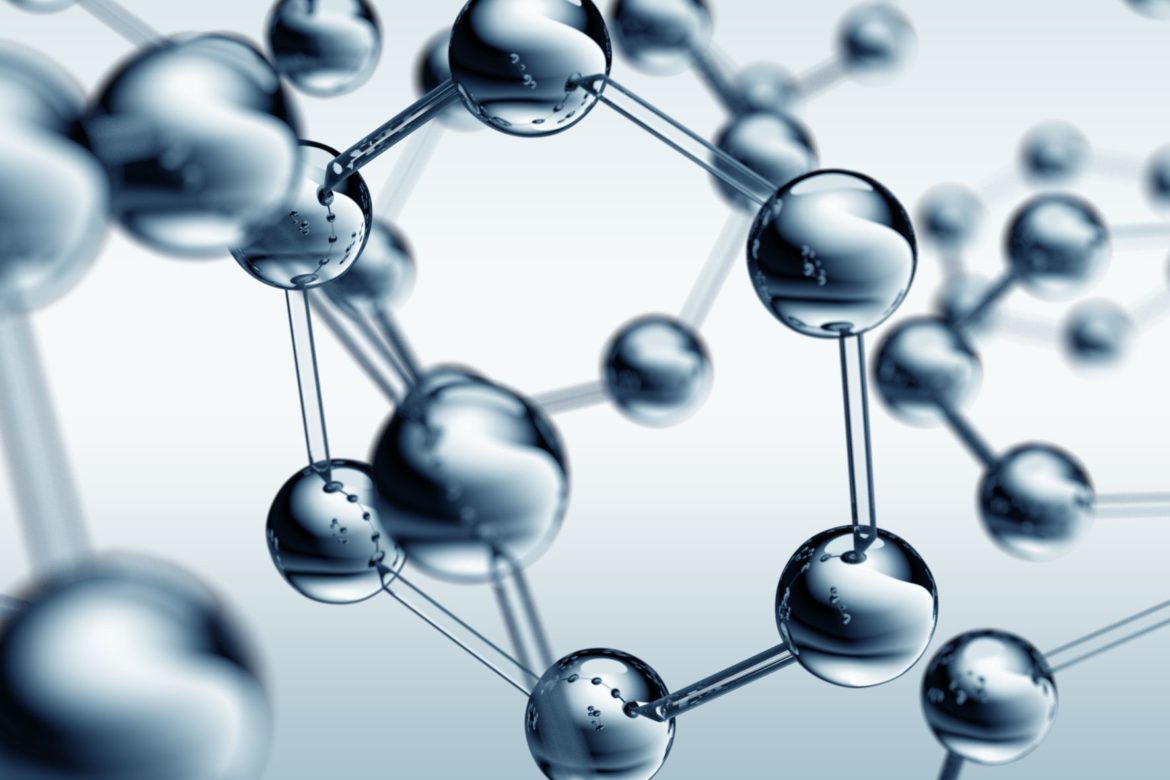 Peptides are complex molecules, and this complexity can render other purification methods that are effective on other organic compounds inefficient. During synthesis, special attention must be paid to maximizing both efficiency and yield in order to provide customers with the purest possible peptide at the lowest possible price. While purification processes based on crystallization are often effective with other compounds, many peptide purification processes utilize the principles of chromatography, such as high-pressure reversed phase chromatography.

As mentioned before, it is vital that the final synthesized peptide is as pure as possible for research use. Minimum acceptable purity levels can vary among different research purposes; for example, in vitro studies generally require a much higher standard of purity (greater than 95%) than, say, performing an ELISA standard for measuring titers of antibodies (minimum acceptable purity greater than 70%). Nonetheless, the minimum purity level must be achieved. In order to ensure that purity standards are met, it is vital to recognize the types of impurities than can arise as well as their nature. Then the appropriate purification method (or methods) can be implemented.

During peptide synthesis, specific impurities that can occur include hydrolysis products of labile amide bonds, deletion sequences generated mainly in solid-phase peptide synthesis (SPPS), diastereomers, and insertion peptides and by-products formed during removal of protection groups. This latter impurity can occur in the last step of peptide synthesis. Additionally, polymeric forms of the peptide intended to be synthesized can also occur, often arising as a byproduct resulting from the formation of cyclic peptides that have disulphide bonds.

Certainly, the purification process employed must be able to effectively isolate the targeted peptide in a multifaceted mixture of compounds and potential impurities.

Ideally, the purification method should be as simple as possible, achieving targeted purity in as few steps as possible. Often, two or more purification processes conducted sequentially can give excellent results, particularly when each process operates through differing principles of chromatography. For example, ion exchange chromatography utilized in conjunction with reversed phase chromatography can result in a very highly pure final product.

Generally, the first step in peptide purification is a capturing step that removes the majority of impurities from the synthetic peptide mixture. Many of the impurities removed in this phase are produced in the final deprotection step of peptide synthesis and are mostly uncharged and have a small molecular weight. While a significant amount of impurities can be removed during this initial step, a second purification step can be added if a higher purity level is required. This second step can be referred to as a polishing step and is highly effective, especially when operating on a complementary chromatographic principle as previously mentioned.

Additionally, it is vital that all purification methods are carried out in accordance with current Good Manufacturing Practices (cGMP) and sanitization is given the highest priority.

This process isolates peptides by capitalizing on the interaction between a peptide and a particular ligand attached to a chromatographic matrix. The desired peptide binds to the ligand, and unbound material is washed away. Importantly, this binding is reversible. Conditions are changed to become favorable to desorption, which can be performed specifically or nonspecifically. Specific desorption is performed using a competitive ligand, and nonspecific desorption is accomplished by altering pH, polarity, or ionic strength. The targeted peptide is then collected in a purified form. AC offers both high resolution and sample capacity.

This purification process capitalizes on differences in charge among peptides in a mixture. Peptides of one charge are isolated when faced with a chromatographic medium with the opposite charge. Peptides are loaded into a column and bind; conditions are subsequently changed so that bound substances are eluted differentially. Conditions manipulated are level of salt concentration or pH level alteration. Typically, salt (NaCl) is used to elute the mixture. The desired peptide is concentrated during the binding process and then collected in purified form. IEX is a high resolution and high capacity process.

This process operates on the principle of hydrophobicity. The targeted peptides are able to be isolated as a result of the interaction between a peptide and the hydrophobic surface of a chromatic medium. This interaction is reversible, allowing the peptide to be concentrated and purified. A high ionic strength buffer enhances the process, making HIC a highly effective purification method to implement after an initial purification method that utilizes salt in elution (like the IEX technique).

During HIC, samples in the high ionic strength solution bind together as they are loaded onto a column. Next, elution implemented via decreases in salt concentration results in the bound substances being eluted differentially. A typical method of implementation involves using ammonium sulfate to dilute the sample on a decreasing gradient. The desired peptide is then collected in a concentrated and purified form. HIC offers good levels of resolution and sample capacity.

Gel filtration isolates peptides by capitalizing on differences in molecular size between the targeted peptides and impurities. GF is only utilized on small volume samples. However, this process does offer very good resolution.

This purification process offers very high resolution and separates peptides from contaminants by utilizing the reversible interaction between target molecules and a chromatographic medium’s hydrophobic surface. Samples are loaded onto a column and bind together. Next, conditions are altered so that these bound substances are eluted differentially. Organic solvents and other additives are often required for elution, as the initial binding is very strong as a result of the nature of the reversed phase matrices. Generally, elution is accomplished by increasing the concentration of organic solvents, typically acetonitrile. Concentrated molecules resulting from the binding process are then collected in a purified form. RPC is often utilized as a polishing step with peptides and oligonucleotide samples. It is very effective for analytical separations like peptide mapping. However, because organic solvents can denature many peptides, RPC is not an ideal purification process if requirements call for recovery of activity and a return to a correct tertiary structure.

Throughout the processes of peptide synthesis and purification, special attention must be given to following GMP. This is to ensure that the final peptide is pure and of high quality. GMP requires that chemical and analytical procedures performed are well documented. Test methods and specifications are required to be established beforehand, ensuring that the manufacturing process is under control and reproducible.

GMP requirements for the purification phase of peptide synthesis are particularly rigorous. This is because this process is a late step in the overall synthesis process and has a large impact on the quality of the final peptide. Critical steps and parameters must be identified, along with limits for those parameters, so that the process is reproducible within those predetermined limits. Vital parameters of the peptide purification process can include column loading, flow rate, column performance, column cleaning procedures, composition of elution buffer, storage time in process, and pooling of fractions.

At Peptide Sciences, we adhere to the most stringent synthesis and purification practices in the industry. Through our dedication to these standards, our company is able to provide peptides that exceed 99% purity and are fit for any research study or application. 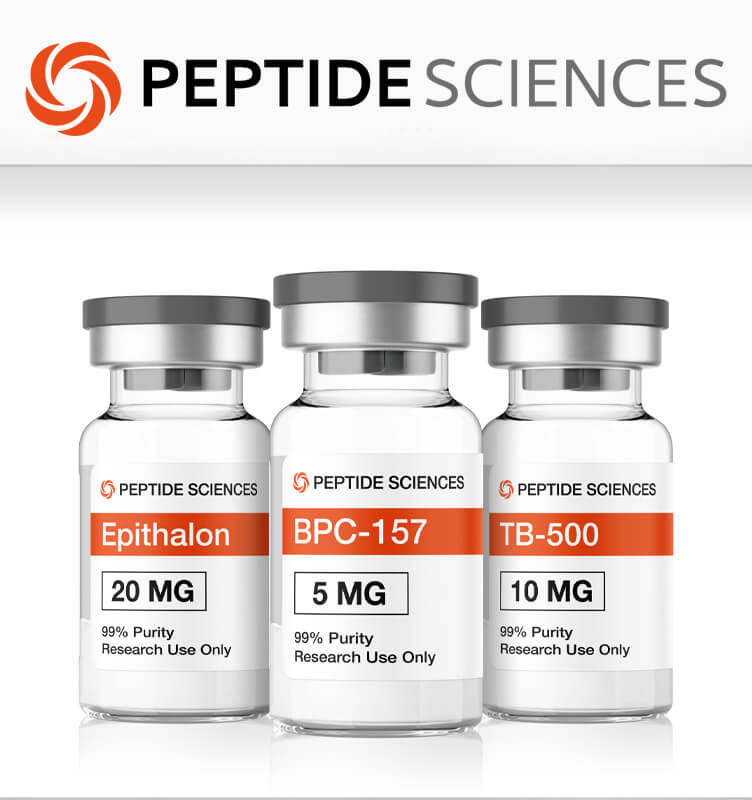